Before getting to the release notes, there are a few neat things to share:

In addition to existing support for every major OLTP SQL database and a few analytics databases, you can now query Elasticsearch, Influx, and Prometheus databases. 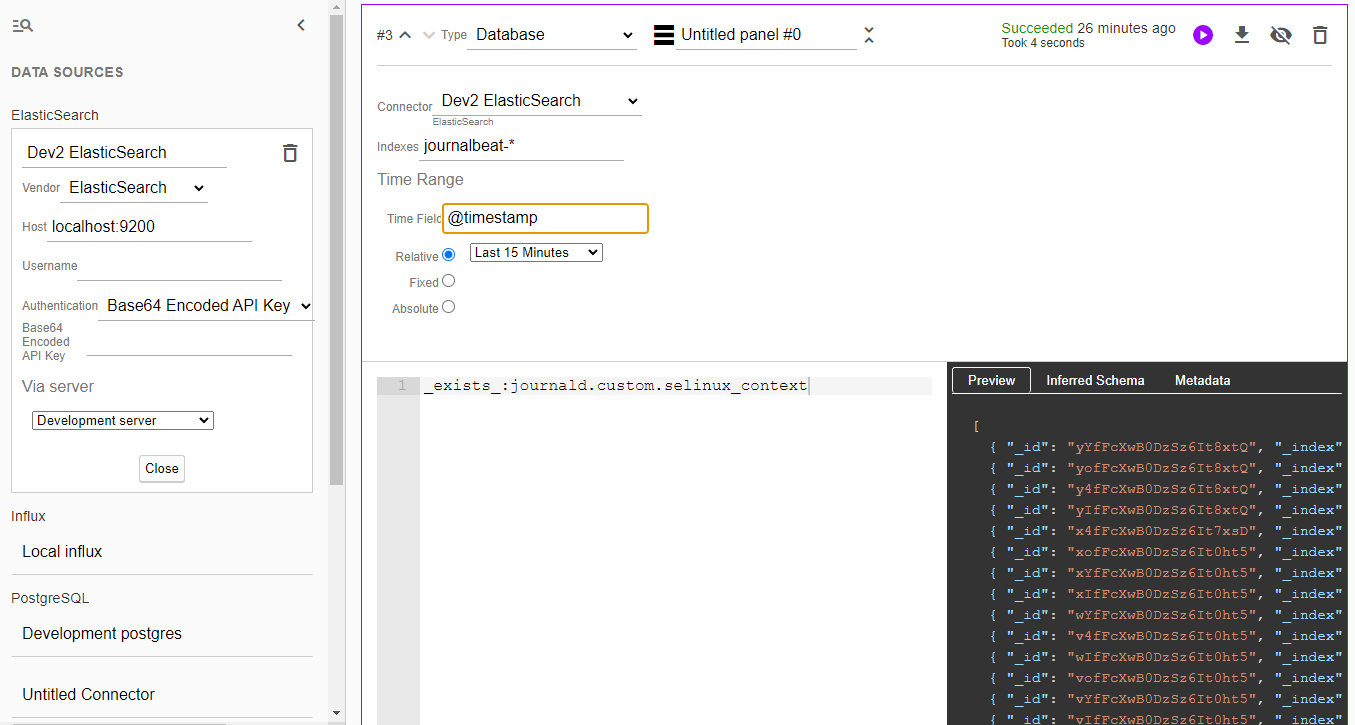 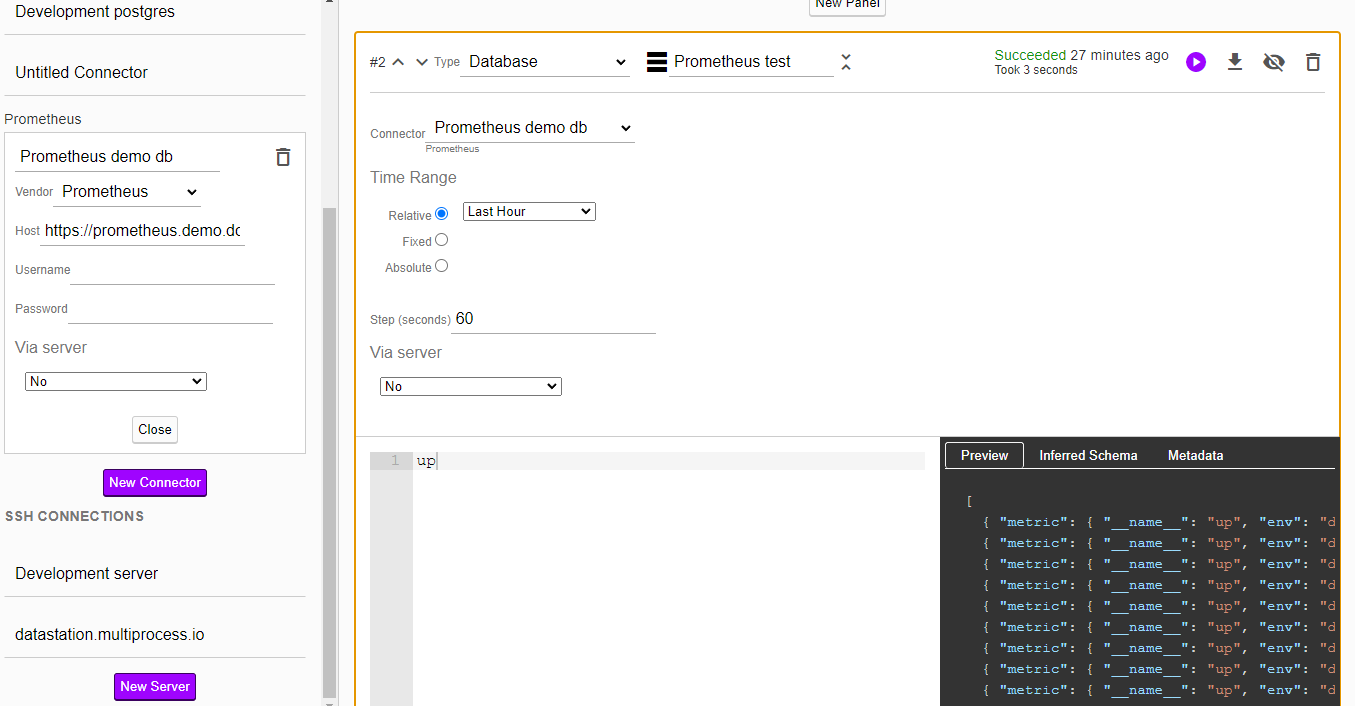 In addition to generic SQL filters you can now visually filter by time range. At the moment, the field you're filtering on must be in ISO8601/RFC3339 format. In the future, DataStation will be able to guess and standardize time formats on ingestion. For now you'll have to do any standardization yourself.

When selecting an aggregation method you can also group over a time window. The field has the same restrictions as above, it must be in ISO8601/RFC3339 format. 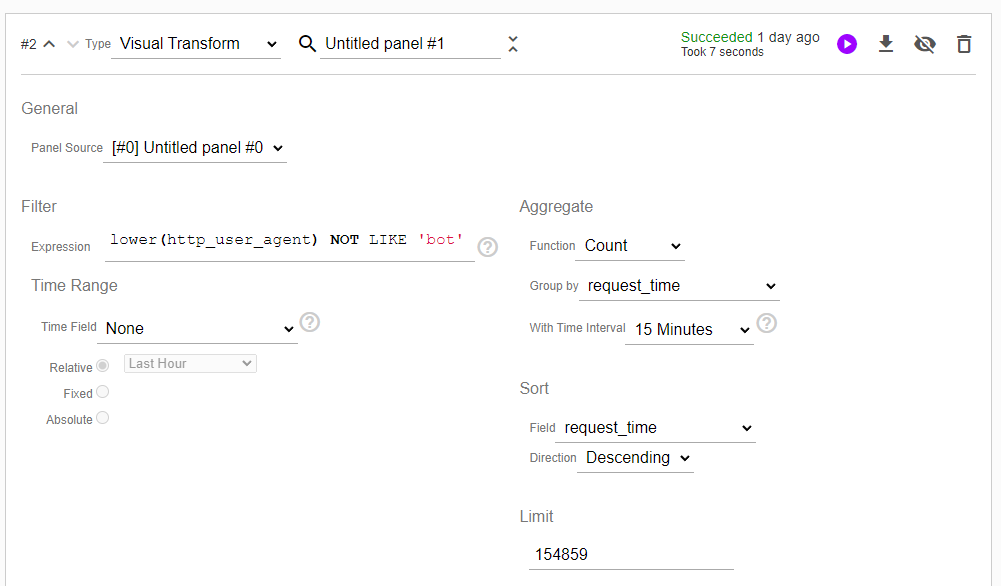 All panels are cancellable

Until now, all panel evaluation happened in the same process as the Electron app or server app. Program panels were the only exception since they run a subprocess with the language you selected.

But in this release, all panel evaluation happens in a subprocess. This means all resources (open connections, SSH tunnels, etc.) are guaranteed to be cleaned up when you hit Cancel on a running panel.

It is especially useful to be able to kill unexpectedly long-running queries.

Support for DM_getPanel() calls in MySQL and PostgreSQL queries

Until now, only SQLite panels could call DM_getPanel() to import data from another panel. Now you can do the same when querying MySQL or PostgreSQL databases. It works by creating a temporary table and ingesting the requested panel's results. Thus you can use a panel's results in exactly the same way as.

This release also involved moving from Spectron to Selenium since Spectron is no longer maintained and doesn't support recent versions of Electron.

If you are a developer or engineering manager, install DataStation and start using it at work! Report bugs and usability issues (there are surely many). Get in touch if you are interested in being a design partner.

If you are an investor, get in touch.

The latest version of DataStation is out! This release brings support for querying #ElasticSearch, #Prometheus, and #InfluxDB; and many other great fixes and features!https://t.co/SzFIHBej7j pic.twitter.com/oE7MqIufMs