DataStation was featured on the Console Dev newsletter last month and includes an interview about the origins of DataStation, if that is interesting to you. 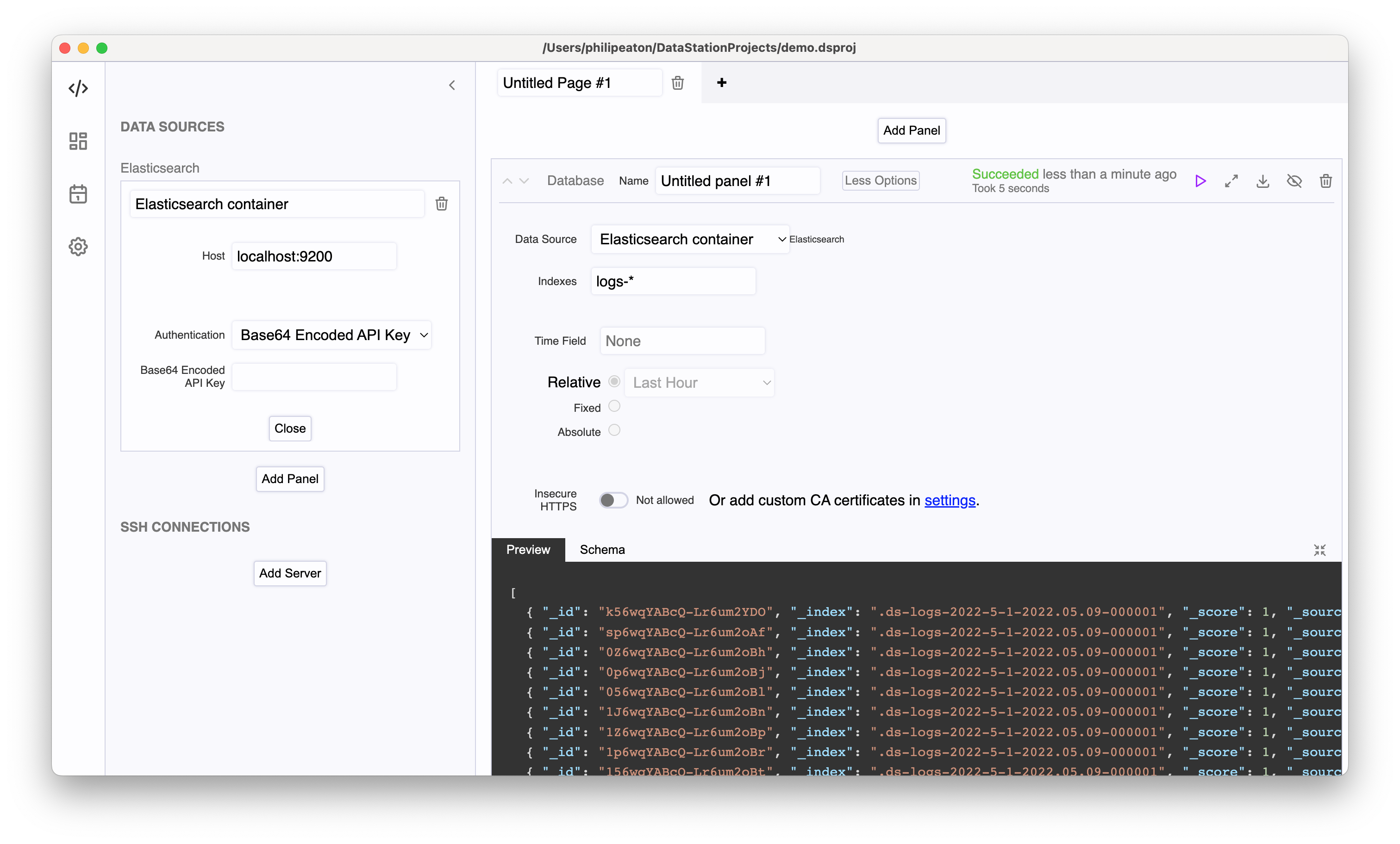 This release brings pagination to table panels. Every table panel is paginated automatically and you can pick a few table sizes. This allows DataStation to handle rendering millions of rows. Before this release the app would simply crash when rendering too big a data source in a table panel. Additionally, it would fail to render at all (not yet able to crash) when the data source was over 4GB. Now the max effective size should be infinite.

Additionally, this release brings better support for rendering data that differs row-by-row. When pulling data from most databases or some strictly-typed file formats there is no variation row-by-row. In other formats like JSON each row can be completely different. Before this release viewing a table with varied row data could crash DataStation. In this release varied data is handled and simply stringified. If a cell has no value then it is rendered with a special (Empty) marker. 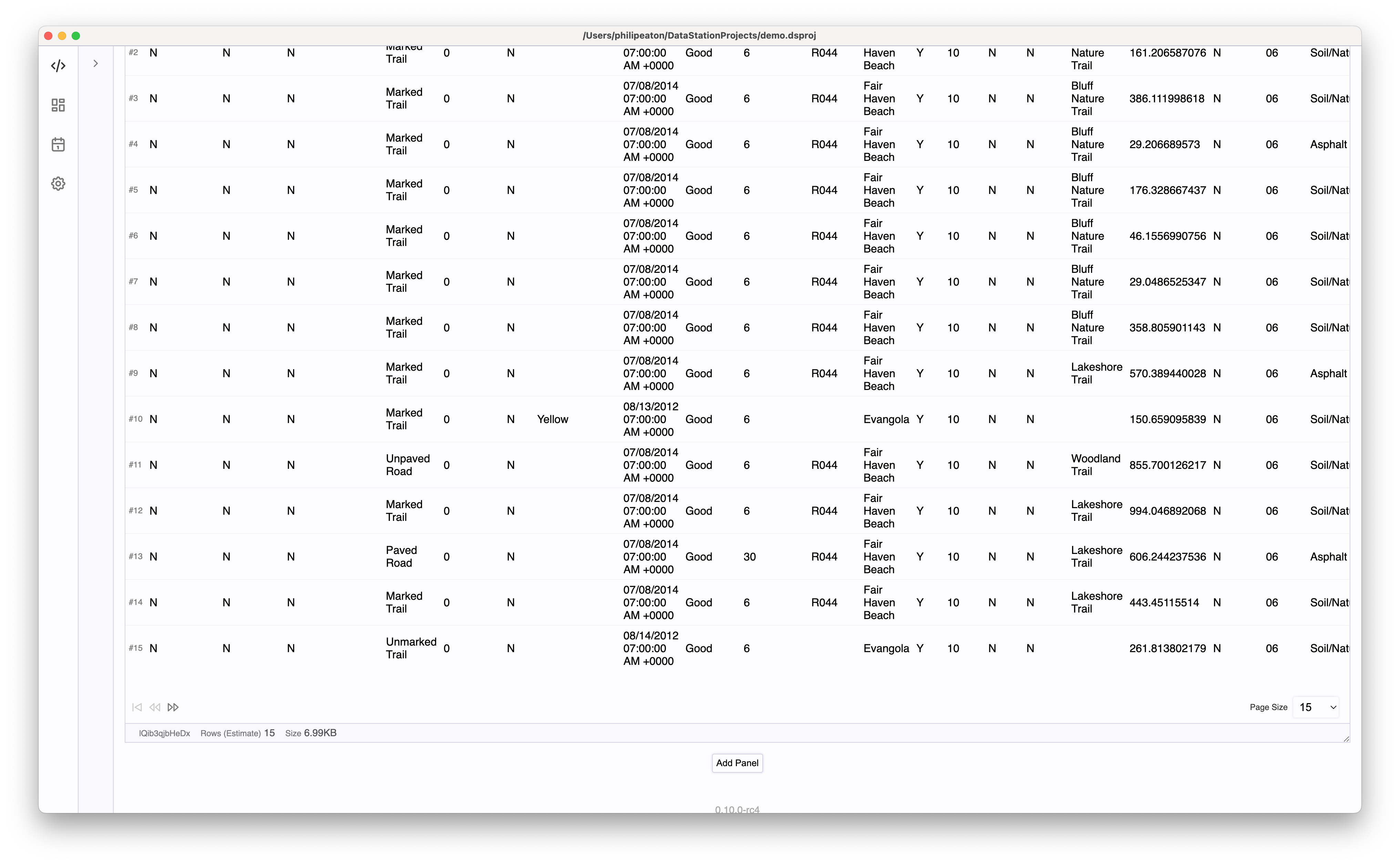 The bad news is that before this release, you could fetch at most 10 rows of data from Elasticsearch. The good news is that now there's no such limitation. :) I guess at some point I forgot to implement pagination logic. With this release DataStation will happily ingest hundreds of thousands of rows of Elasticsearch data.

Additionally, you can now disable SSL validation when querying Elasticsearch. The better choice would be to add a custom CA certificate in the DataStation settings page but disabling SSL validation is sometimes more convenient in the short-term. This option is also available in this release for HTTP panels as well.

NOTE: Elasticsearch connections don't seem to work over SSH connections in DataStation. You can instead run ssh -L9200:localhost:9200 your-es-server.your-domain.com and then query localhost:9200 in the meantime.

This release adds support for fetching data from Google Sheets. The sheet must have a header row of labels like a CSV file. 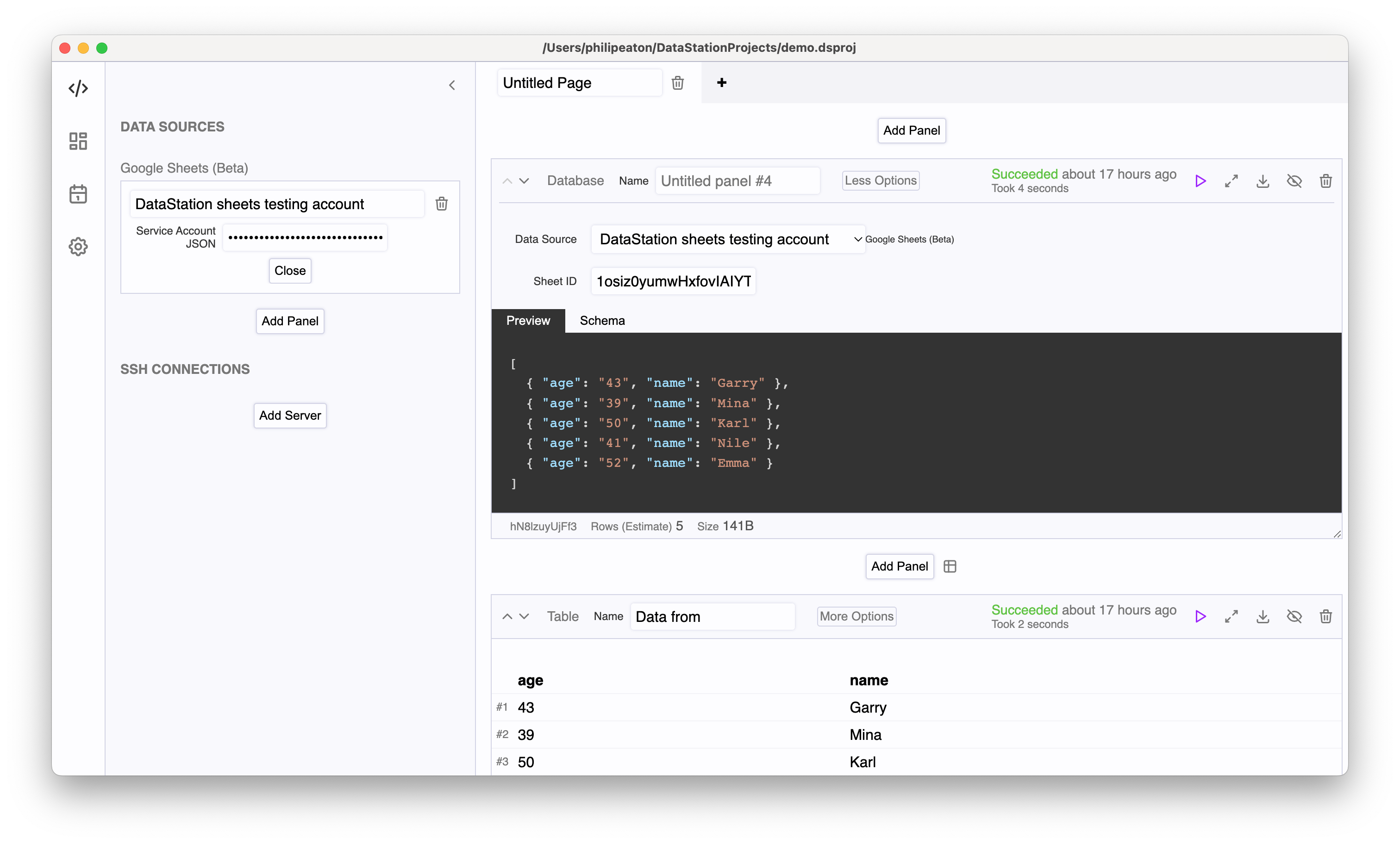 DataStation Server allows you to run DataStation on an x86_64 Linux server. All code/query evaluation happens on the server, not your laptop. You view the UI in your browser. It's a web app. It is self-hosted only for now.

To clarify the difference between the existing desktop app and this new web app, the desktop app has been renamed from DataStation Community Edition to DataStation Desktop CE. The web app is called DataStation Server CE.

The server supports OpenID for authentication but no per-user access system. I've been running an instance of DataStation Server for internal analytics for months now but the install process is early stages. Try it out if you're interested and report bugs on Discord or Github.

An upcoming release will bring 1) support for developing read-only dashboards hosted on the server and 2) support for setting up recurring runs and email exports of panels. These features will only be available in DataStation Server, not DataStation Desktop. 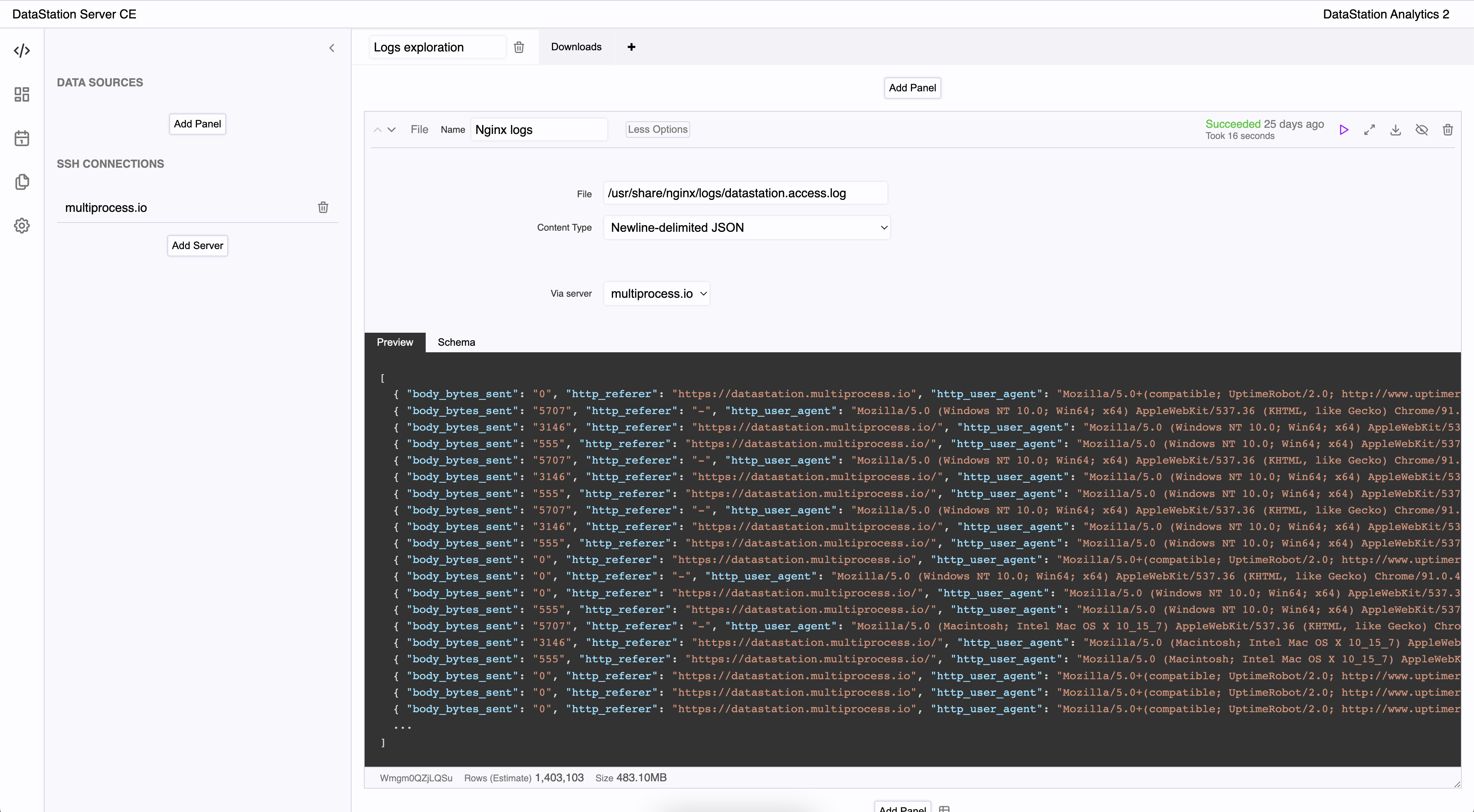 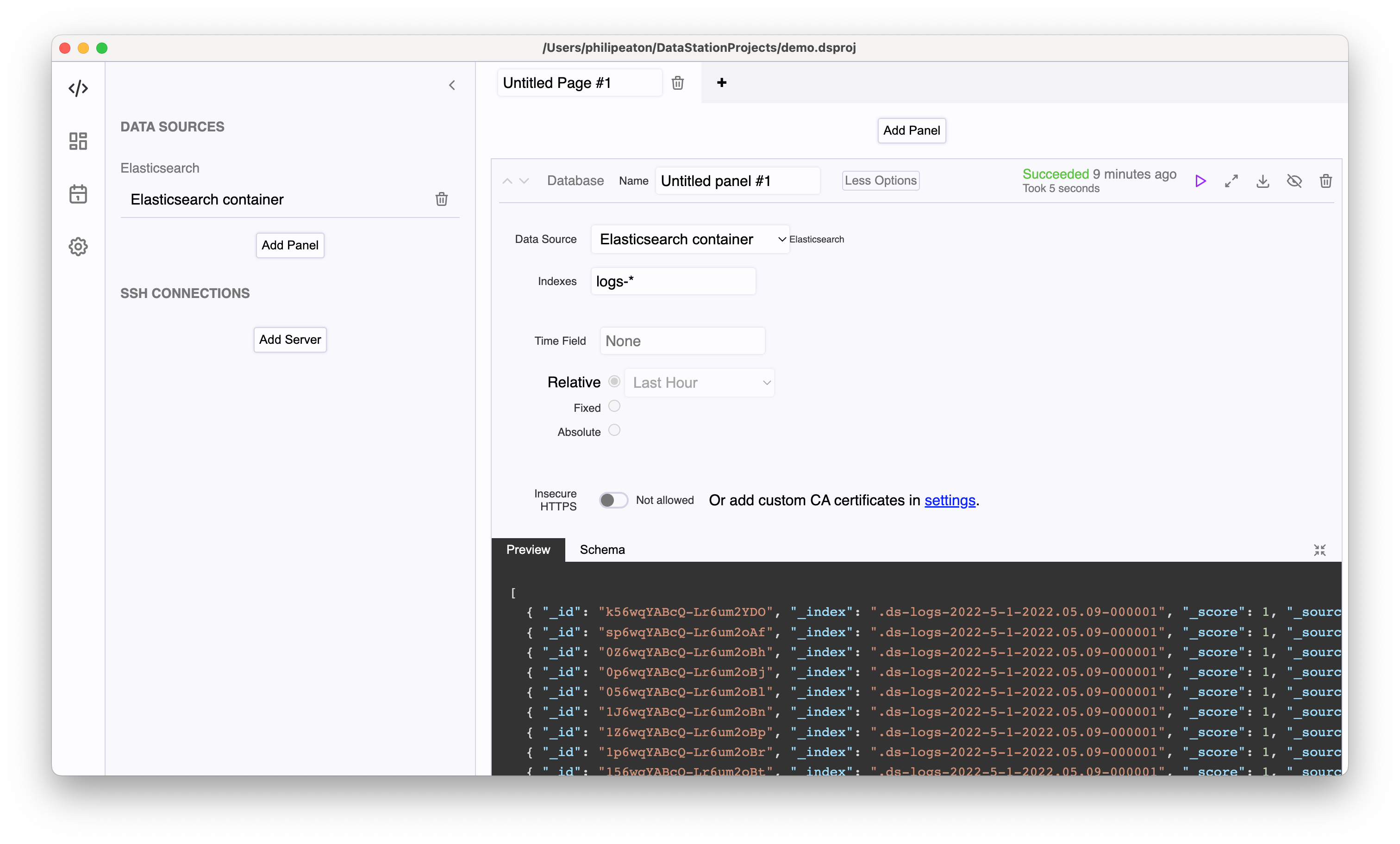 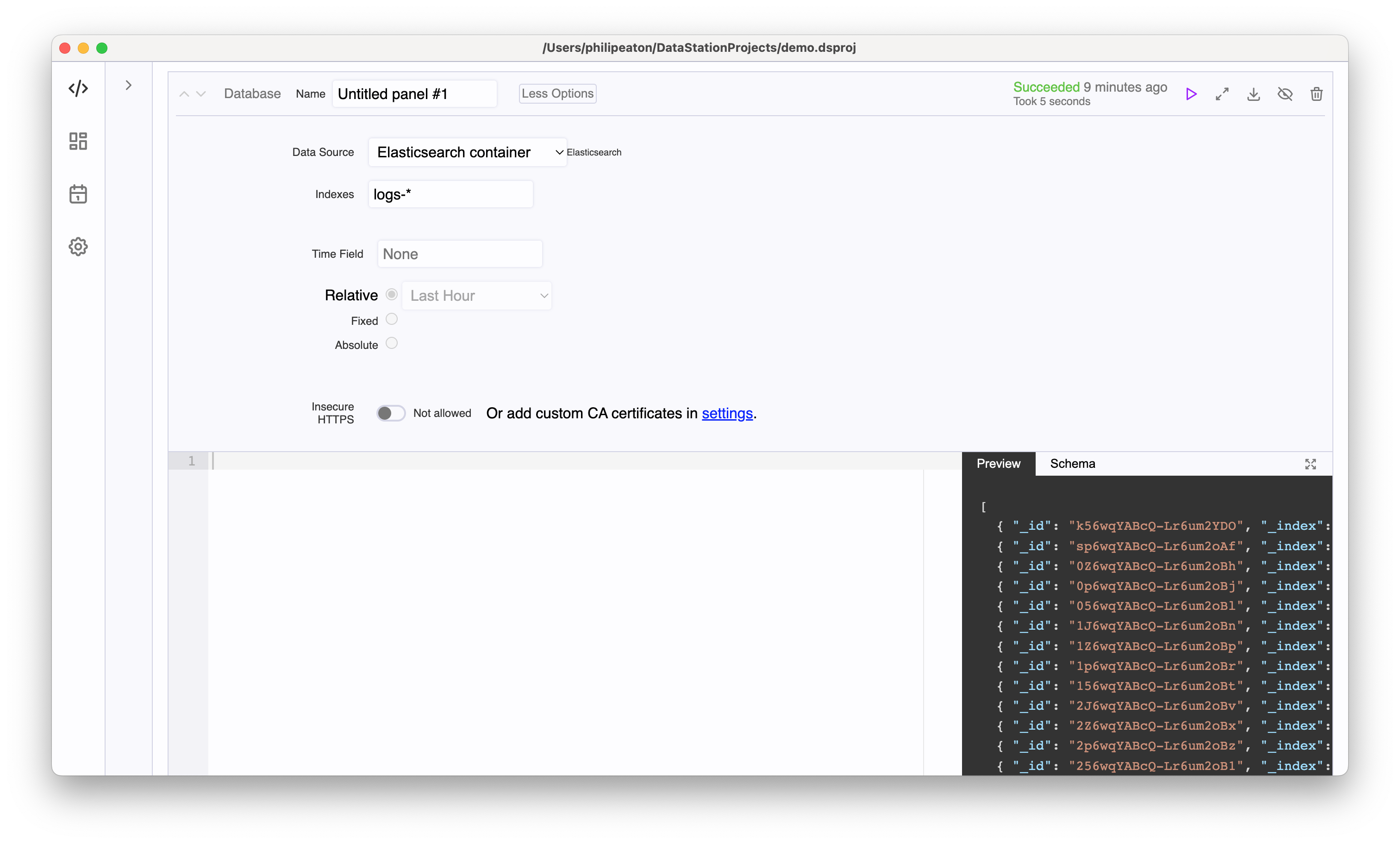 If you are a developer, data scientist, or engineering manager, install DataStation and start using it at work! Report bugs and usability issues (there are surely many).

If you're a developer with some Go experience wanting to contribute to OSS, check out the Good First Projects page.