DataStation is a data IDE for developers. It allows you to easily pull data from SQL, HTTP APIs, and files (CSV, Parquet, Excel, nginx access logs, syslog, etc.); script against these files (in Python, JavaScript, Ruby, R, or Julia); and generate beautiful graphs. All in a single application.

This release adds a number of features, bug fixes, and usability improvements. 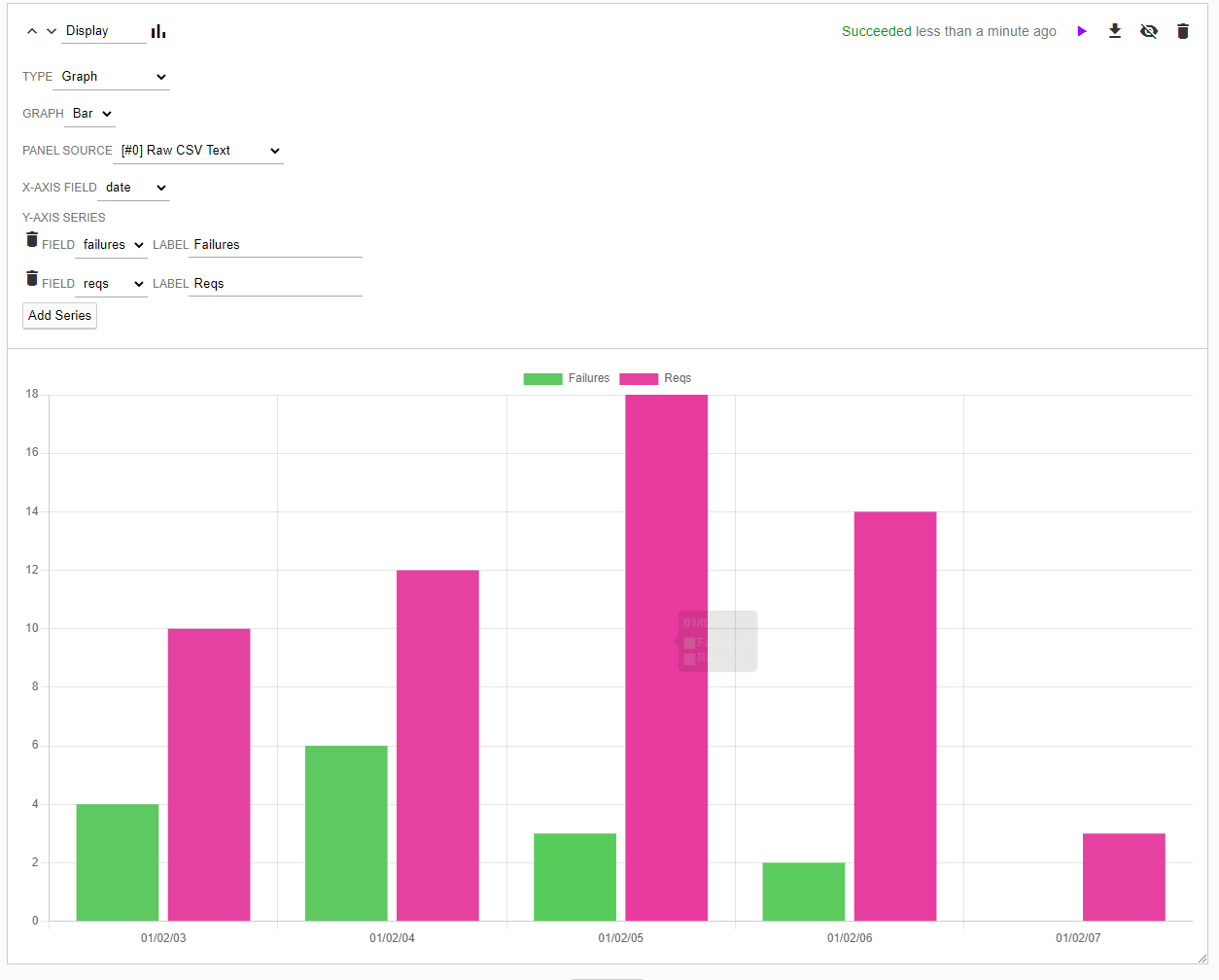 When you run a panel, the results are now stored and recovered when you exit the application and comeback. This is especially useful when dealing with long-running scripts or queries. You don't need to re-run them until you want to. 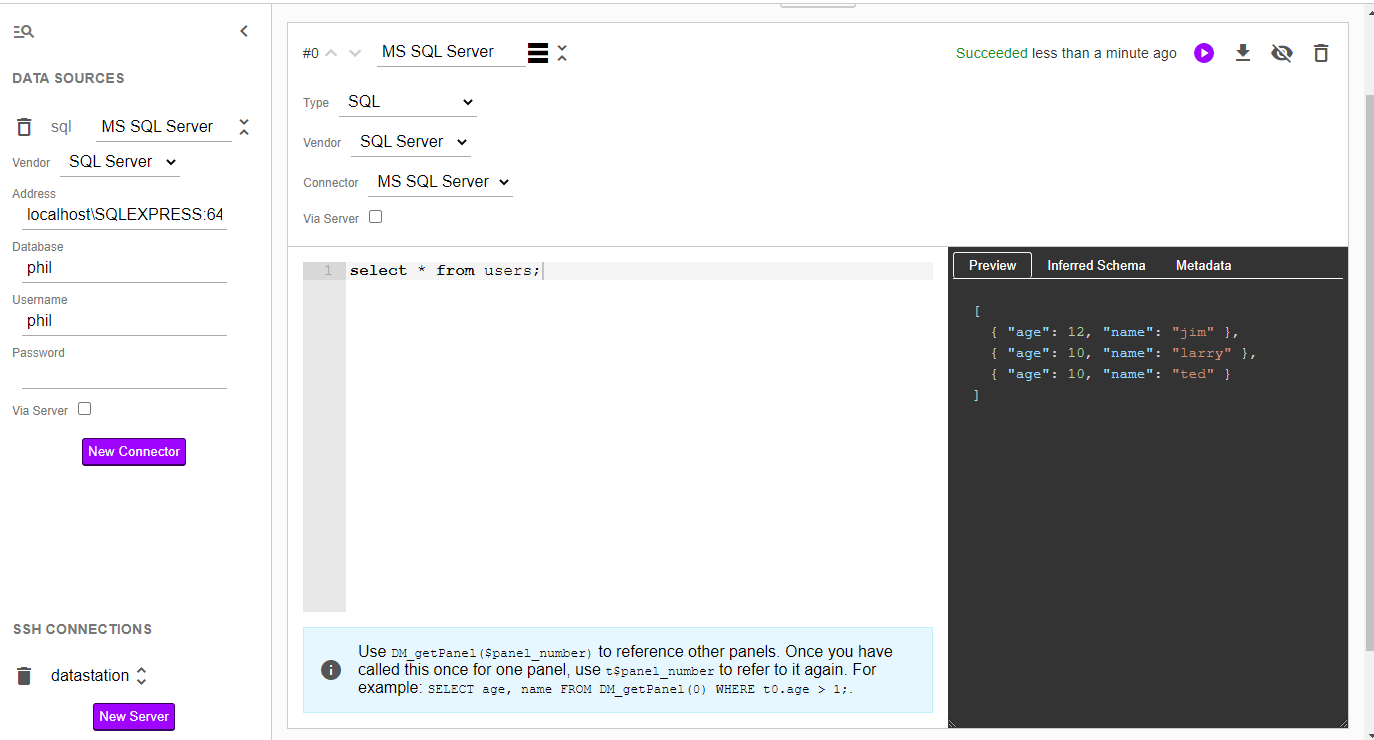 Guided warnings when dependent panels have not been run

DataStation is built around one panel pulling data from another panel. If a panel references another panel that hasn't been run, a warning will now be shown telling you that the dependent panel has not yet been run. 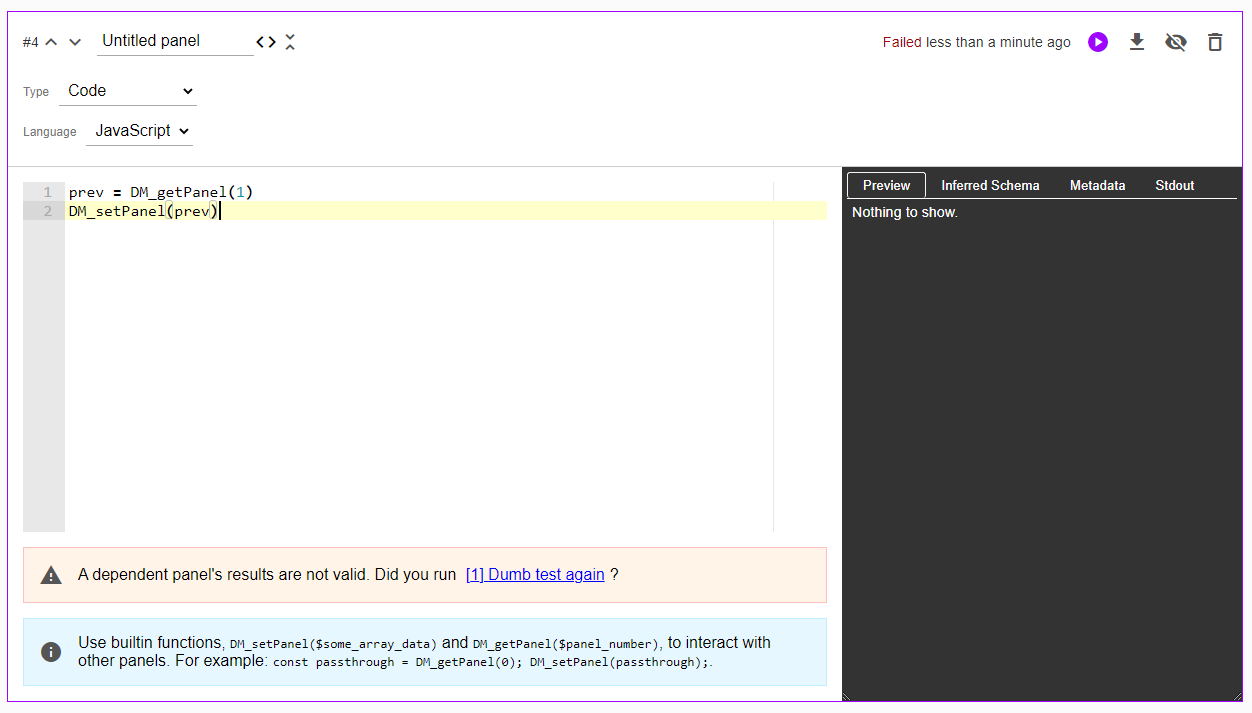 All tabs in the preview area are now syntax highlighted. And you can resize the entire preview area by grabbing the resize handler in the bottom left and dragging it left or right.