The world of PostgreSQL wire compatibility

A wire protocol is the format for interactions between a database server and its clients. It encompasses authentication, sending queries, receiving responses, and so on. It is a description of the exact bytes sent and received by servers and clients. It does NOT encompass the actual query language itself, let alone database semantics. 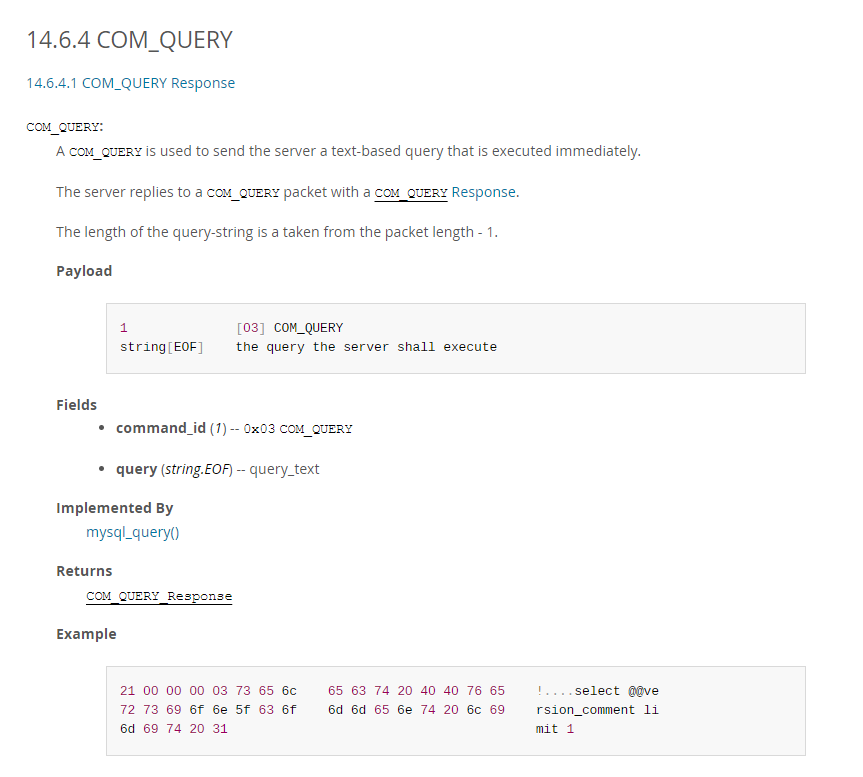 Proprietary databases like Oracle and IBM Db2 find value in developing their own drivers. They don't tend to publish their wire protocol. Among other reasons, it's just not necessary since they develop their own drivers. Proprietary vendors tend to prefer a monolithic driver like ODBC/JDBC rather than native drivers since it's easier to develop one driver for all languages than one for each language. If someone wants to develop a native driver for a database without a published wire protocol they'll need to reverse-engineer the wire protocol. An example of this is the go-ora Oracle client for Go.

For this reason, a large number of newer database vendors just reuse the PostgreSQL or MySQL wire protocol. This means that every existing driver (and SQL GUI like DataStation) will work with them without any modification to driver code. This doesn't mean that any PostgreSQL or MySQL query will work with them since, as mentioned previously, query language and database semantics are independent of the wire protocol.

Let's write a simple program that can handle query text and read data from disk. If it implements the PostgreSQL wire protocol protocol, it would work with any existing PostgreSQL client. That would be neat!

Someone already wrote a small library implementing the PostgreSQL server protocol in Python2. I ported it to Python3 for the sake of this tutorial. So we can just grab that Python3 fork's code and edit the query method with some code that handles the query text and reads data from disk, and we'd be done!

To reiterate, the wire protocol doesn't specify anything about the query language. So let's support a single made-up query: SELECT FROM x where x can be a valid table name:

And in a separate terminal, open psql as suggested (enter any text when prompted for a password, this code doesn't do anything with it), and run some queries:

That is really neat! Incidentally a similar technique can be used to help in testing a la pgmock.

But let's get back to the real world, dig into some of the databases that implement the PostgreSQL wire protocol, and see where else they diverge.

And although this table mentions compatibility, don't take that to be a judgement call. Just because a database implements the PostgreSQL wire protocol does not mean it intends to be a drop-in replacement for PostgreSQL.

* Not reusing PostgreSQL's parser does make it somewhat more likely for there to be differences in complex SQL queries compared to PostgreSQL
** Unknown because I didn't take the time to look into it. Feel free to message me and I'll fill it in.

And a special shoutout to ClickHouse that according to its config example can pretend to be PostgreSQL and, separately, MySQL. But since this isn't documented nor can I find the PostgreSQL parser code (but I can find the MySQL parser code) I won't include it in this list.

I'm sure I missed some. Message me with other PostgreSQL wire-compatible databases I should include here!

A parser is only the start of compatibility though. Just because a parser supports some syntax doesn't mean that the engine supports it too. But you can be more sure that if a parser doesn't support some syntax, the engine can't support it either (unless the project keeps dead code around, which isn't common).

And an implementation that falls behind on parser support is likely to fall behind in other areas of compatibility. This is not to say that one vendor is better or worse. Excellent engineering can almost always overcome these types of obstacles. But there are always implications to technical design decisions.

So just looking at parser support is not enough to talk about PostgreSQL query or semantic compatibility. But it is a starting point.

Lastly, I said this post was about wire protocols but then I ended up focusing on the query language (which as I mentioned is separate from the wire protocol). The wire protocol does more than just wrap queries though. It includes more complex interactions like COPY-ing data or asynchronous requests or cancelling running requests.

Let me know about your ideas, questions, corrections!

There's a wide world of databases implementing the Postgres wire protocol. Databases like @Yugabyte @TimescaleDB @cratedb @QuestDb @CockroachDB . But what does that mean? And where does the wire protcol end?

All this and more explored in a new blog posthttps://t.co/N4VnF2paCl pic.twitter.com/ypvsSXVeP5